The Saturday Service of Great Vespers 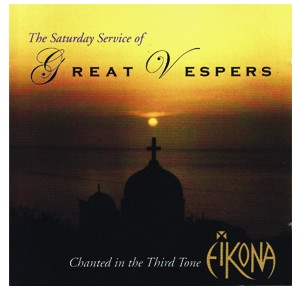 The Saturday Service of Great Vespers

The chant is monophonic, that is, it consists of a single melodic line with no harmonization, and is accompanied by a vocal drone called isokratima(literally "holding the same").

The music on this recording is primarily influenced by the theory of performance practice developed by Simon Karas in the mid-to-late twentieth century in Athens.

The music was adapted from the Anastasimatarion, and Mousikos Pandektes, both published by Zoe in Athens, and Simon Karas' Methodos, also published in Athens. A portion of the Anoixandaria, (the chanting of the last 10 verses of Psalm 103), was presented to demonstrate their use in special feast days or vigils.

Track Samples
You may need RealPlayer or Windows Media Player
to listen to the music samples below.

Lord, I Have Cried - listen
Litany of Fervent Supplication - listen