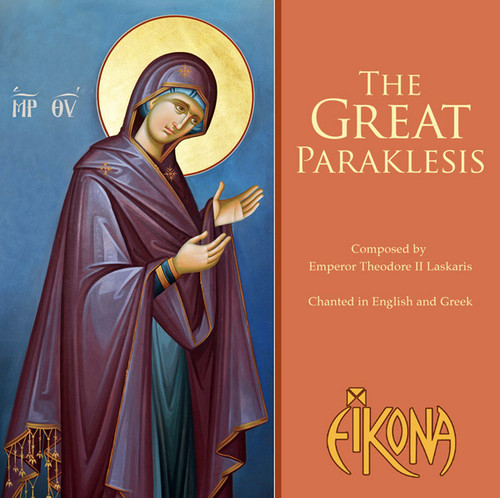 Emperor Theodore II Laskaris of Nicaea is the poet and author of the Great Paraklesis.  He struggled with the burdens of being an emperor in exile while also suffering physically from a severe form of epilepsy. He met the godly Empress Theodora of Nicaea when his daughter and the Empress’s son were betrothed and later married. Theodora’s piety and devotion to the Theotokos made a great impression on Theodore and inspired him to compose the Great Paraklesis.